Tim sent photos from the Yolla Bolly Rendezvous held outside of Red Bluff CA each November around Veteran's Day. This is a fun shoot, lots to do and in a nice setting. Shooting includes rifle, pistol and trade gun trail walks, a squirrel rifle trail walk, long gong shoot off, fort shoot, shot gun, poker chip, archery and cannon shoot. Tim reports that there were many traders and folks selling their wares along the roadside camps. There were a couple of food concession tents. Over 300 shooters signed up in 2016.
I shot at this rendezvous too many years ago and have pleasant memories. A handful of SCML folks camped on the tree studded bluff overlooking the larger campsites down near the river bed and old quarry. The trail walks were on flat meandering terrain along the river bed. There is a sizable Trader's Row and primitive campground. This rendezvous still looks as busy as the rendezvous were 20 odd years ago. The weather is usually pleasant and even though it's a long drive up I-5 it's fairly easy. It would be great to see some SCML attendance there again. 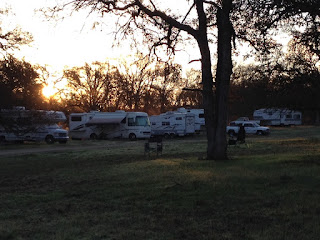 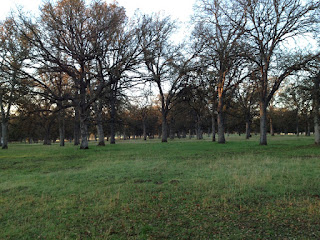 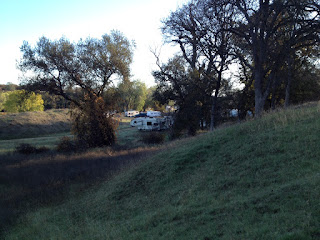 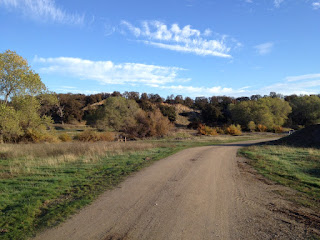 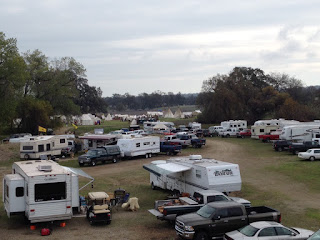 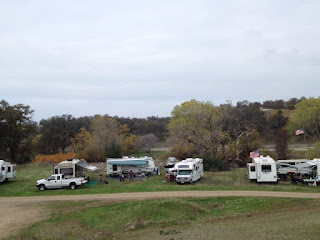 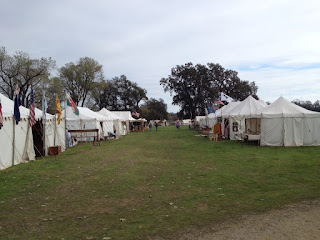 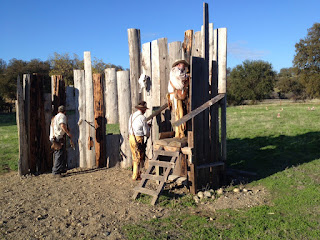 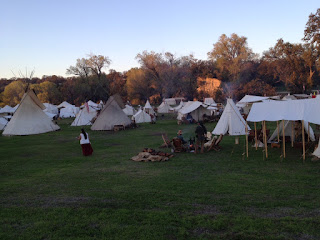 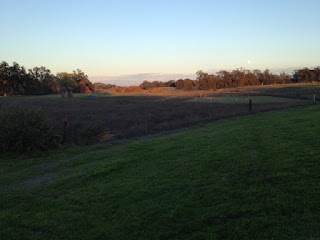 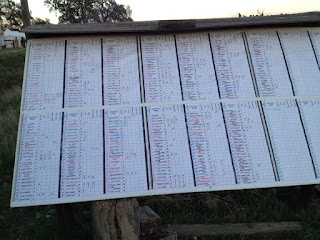 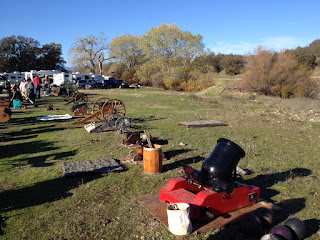