Former SCML member Alan Giardina relocated to Missouri. It didn't take him long to find a group to shoot with, Barren Fork Traditional Muzzleloaders. Alan sent this email and photo.

Joined a muzzleloading club Saturday and attended my first shoot.  Shot four matches. One at 25 yards, two at 50 and one at 100.  Very nice facility.  Can shoot targets out to 100 yards ( took the second place ribbon in that match ).  The loading and shooting line is all covered so you can shoot in the shade and rain doesn't slow you down, it rains a lot here.  Anyway, nice friendly people much like Scott's Valley.  Some pretty good shots also, kinda like Scott's Valley, if you don't shoot at least a 48 you're not going to place.  Shot a 47 3X my first match and didn't place, just like shooting with you.  Please tell everyone hello and will lobby for a postal match in the future. 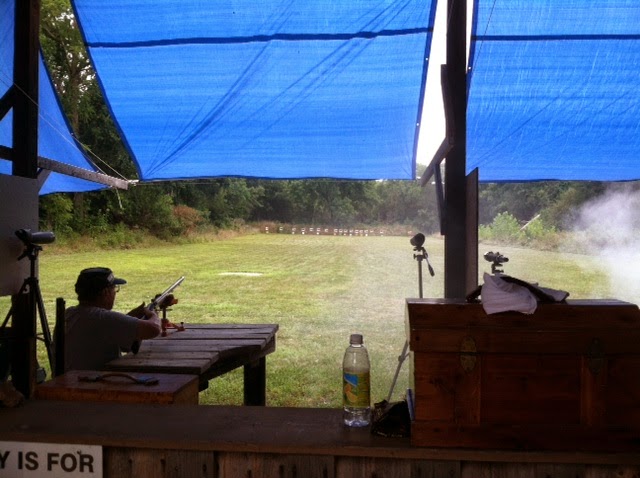 Scotts Valley Rifle Range will be closed September 2nd for construction and will probably be closed for at least 2 weeks.
September's pistol aggregate may be made up at October's pistol shoot.
Posted by SCML Lady at 7:22 PM No comments:

SEPTEMBER 20, 2014
SCML Mini-Rendezvous Blanket Shoot and Potluck
Kirk & Kathy Mathew's, 1200 Katie Lane, Corralitos
Fee is $6.00
Trail walk begins at 9 a.m. and includes hawk and knife throws. Loading will be from the pouch and capping or priming at the firing line of each target.
Potluck lunch follows. The club will furnish sausages from the Corralitos Market. Each family brings a dish to share.
This is a blanket shoot. If you want a prize bring a prize to put on the blanket equivalent to a can of powder in worth. The prize need not be shooting related but should be something you would like to have yourself.
DIRECTIONS:
From Santa Cruz, take the Freedom Boulevard exit to Corralitos Rd. (3-way stop sign) and turn left onto Corralitos Rd. Turn right on Browns Valley Rd, cross the creek and follow Brown’s Valley Rd to Katie Lane on your left. Follow Katie Lane until #1200 at the end of the road.
From Monterey take Airport Blvd exit to Freedom Boulevard and turn left. At 3-way stop sign turn right and follow directions as above.
RSVP to Kirk at 724-6811

WATCH FOR NEWS ABOUT ALAN'S NOVEMBER SHOOT!
Posted by SCML Lady at 4:37 PM No comments:

It began raining (with hail thrown in for good measure) Thursday night and did not stop until Friday night. The range opened Friday and a few stalwarts shot between rain drops. Saturday was overcast and cold. Sunday had some sun and was slightly less chilly. No one was stuck in the mud though! Our Saturday potluck was, as usual, delicious.

What's a mini rendezvous? SCML is a small club without access to a large property such as BLM land or a friendly ranch that would accommodate multitudes of shooters, campers, traders and interested members of the public. We do however have club members who have a few hundred acres suitable for a trail walk. Fortunately they like rendezvous and are generous enough to offer their hospitality to club members and their guests for a day of shooting. Spring usually means rendezvous at Ron & JoAnn Wisler's ranch, 15005 Kincaid Rd, Mt Hamilton. This year it will be Saturday May 17th.
The land is hilly with no room for trailer camping but there is room for tent camping if you want to spend the weekend. The rifle trail walk has a variety of targets at varying distances that clang, bang, swing or disintegrate. A tomahawk and knife trail walk is optional for a small donation. These activities are followed by a sumptuous potluck.
This is a blanket shoot so bring a prize to put on the blanket, shooting related or not, equivalent to the cost of a can of powder ($15 - $20). Choosing a prize off of the blanket is in descending score order.
Bring a dish to share. The club will provide Corralitos sausages. There is also a $5.00 shooting fee.

The May rifle aggregate can be made up at the June rifle shoot or the next rifle shoot attended.
Posted by SCML Lady at 7:11 PM No comments: 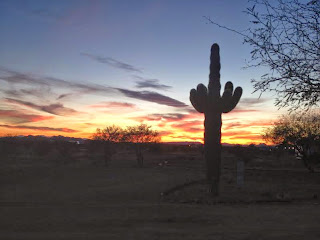 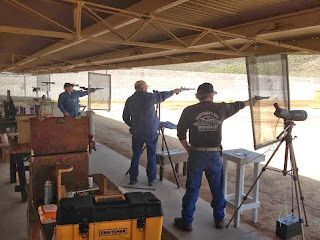 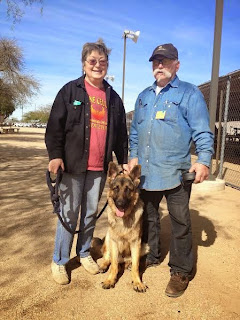 A group of Boy Scouts will be visiting Scotts Valley Range for their firearms instruction on April 19th. Daniel Nagel has asked for our assistance. The boys will begin in the pistol range and then come up to the rifle range toward the end of our shoot to first observe us and then with our help to experience the thrill of making smoke!

Last year there were just a few boys but I'm told that this year they hope to have around 20 participants in the 12 to 17 year age range. As I recall we had about 6 SCML members last year for a smaller number of boys. I'd say we could use more SCML folks this year.

We'll end our match and put some of our equipment away before we begin instruction on procedure and safety. It's our responsibility to load, escort the boys to the firing line, make sure they hold the rifle correctly, cap or prime and then after they fire walk them back to the loading bench. If you haven't done instruction before it's a good idea to allow the shooter to dry fire a few times to get used to holding the rifle, choosing the sight picture and the correct trigger squeeze.

SCML members have often provided the chance to experience muzzle loading to the Boy Scouts either at the rifle range or at a special rendezvous and we've always enjoyed it as much as the boys. 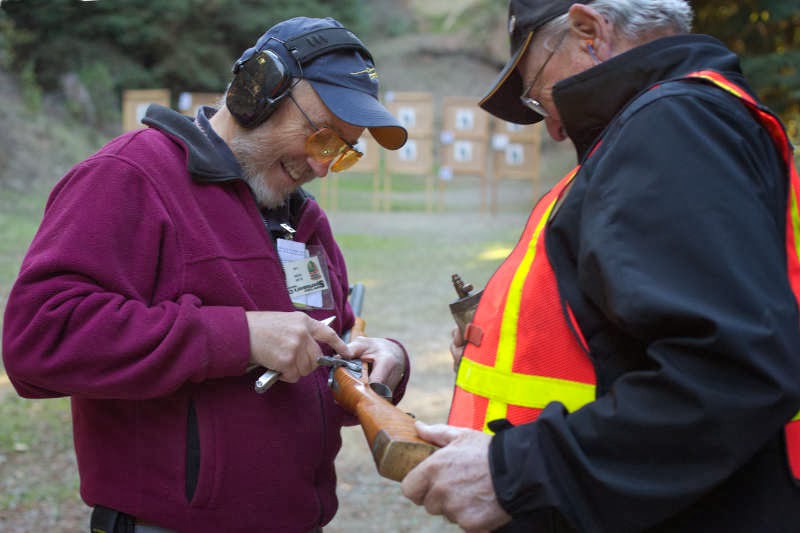 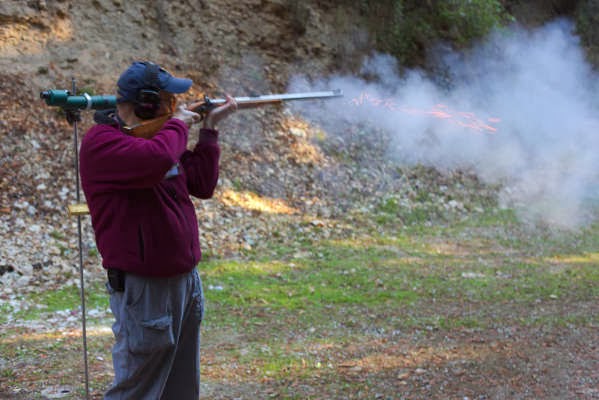 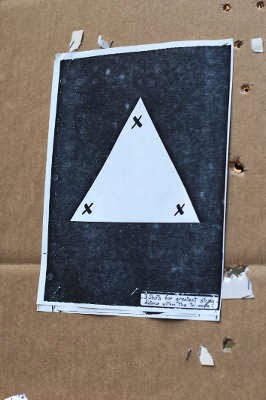 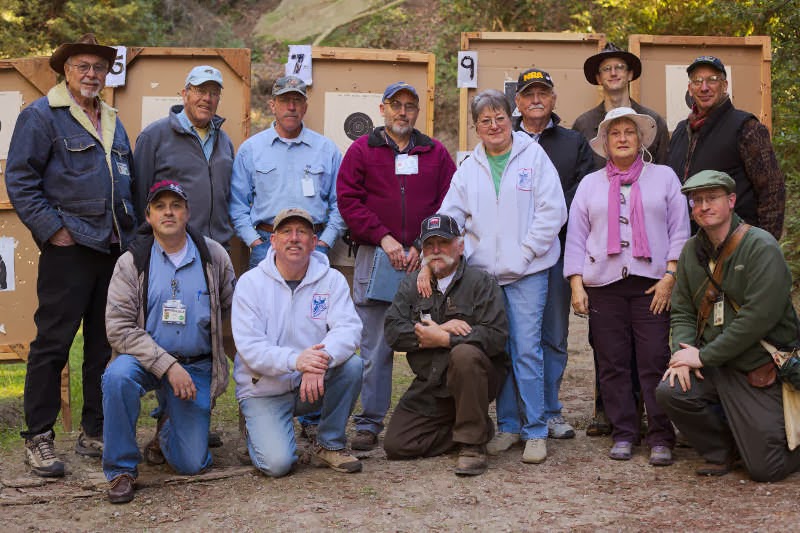